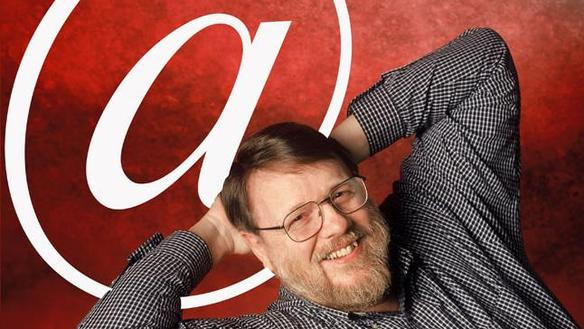 Ray Tomlinson, the father of internet email, died on March 5 at the age of 74.  It was Tomlinson who put everything together in 1971 so that over two-billion emails can be sent every day.  His creation has brought the world closer together equally for good and for evil.

As an integral part of Tomlinson’s email creation was the development of an address convention to properly direct electronic mail from sender to recipient.  As so the “at” sign was selected.  It makes perfect logical sense.  Emails fly through the internet until it finds the correct domain such as “yahoo.com” and then to the correct mailbox such as “JohnDoe” thus making the email address JohnDoe@yahoo.com.

Prior to becoming the centerpiece for every email address, the “@” sign’s meaning was “at the rate of” as in “a dozen roses @ $29.99.”  Although we simply refer to the symbol as the “at” sign, the French and Italians call it a snail, the Israelis refer to it as the strudel, but the best nickname is “the meow sign” as used by the Finns.  Regardless of whatever we call it, starting in 1994, @ was responsible for moving more mail, more quickly and more accurately than the postal system.

Ray Tomlinson is the sole and only force behind electronic mail sent and received by different computers.  Before email over the internet, only hard-wired linked terminals of a time-share computer could send messages using a program called “Sndmsg.”  Tomlinson removed the shackles by adapting a file-sharing program of his own known as “Cpynet”, added the “@” sign and messages started being sent between computer systems over “Arpanet,” a forerunner of the internet.

In 2012, at Tomlinson’s induction into the Internet Hall of Fame, he said: “I’m often asked, did I know what I was doing? And the answer is, yes, I knew exactly what I was doing. I just had no notion whatsoever of what the ultimate impact would be. What I was doing was providing a way for people to communicate with other people.”

People have asked what was the first network email message?  Was it something akin to Alexander Graham Bell’s “Mr. Watson. Come here. I want to see you.”  Or could it have been more profound similar to Neil Armstrong’s “That’s one small step for a man, one giant leap for mankind.” The truth is that Tomlinson can’t remember his first email other than to say: “The test messages were entirely forgettable and I have, therefore, forgotten them.”

Rest in peace Ray Tomlinson @ Lincoln, Massachusetts.  Your place in history is secure.