How Much Does A Patent Cost?

In working and being around inventors for the past 20 years, the most common question that every inventor wants to know right away of course is: How much does a Patent cost?

This is a completely reasonable question because you know that you have a great idea, spent time to develop it, and think you are ready to pursue a patent… but at what cost? If you’ve ever tried to research the patent price range online, you likely got discouraged after 3 or 4 Google results pages telling you “well, it depends.” Don’t give up just yet. This article will help you learn about the details of patent pricing, whether DIY patents or a low cost patent is worth the effort, how to choose the best patent type for your needs and what you can do to prepare and save on patent expenses.

With the wide range of patent options out there, please share any feedback, thoughts or experiences you have had with patenting to shine more light on this topic.

“So, How Much Does a Patent Cost?”

At the most recent Hardware Show in Las Vegas, I asked several inventors who were exhibiting if they got a patent on their invention and if they wouldn’t mind sharing what they spent for it.  Interestingly, everybody I talked with did get patent protection for their product.  Even more interesting, nobody was even close to each other when it came to cost.  The range went from $400 all the way to over $20,000.  How is this even possible you’re probably asking?  Me too.  Hopefully the rest of this article helps give you some perspective as to why there can be such significant differences in price when it comes to patents.

One thing is for sure, Americans absolutely want to know the answer to this question as the Google search phrase “How much does a X cost?” reveals that the thing we Americans want to know the price of more than anything in the known universe is how much does a patent cost.  Comparing us with the rest of the world, other countries are much more interested in the price of camels, funerals, houses, and even beer than what the average cost of a patent will set them back. This speaks volumes about where we are as a nation versus under-developed countries who are still concerned about basic life necessities.

The best way I know to answer this question properly in broad terms is by revealing the median results of the American Intellectual Property Law Association (AIPLA) 2013 Report of the Economic Survey. (The AIPLA is an association of attorneys specializing in patent law.) This is a report where the AIPLA combines and averages the prices of various sized intellectual property firms across the country who provided their charges for the items listed below: 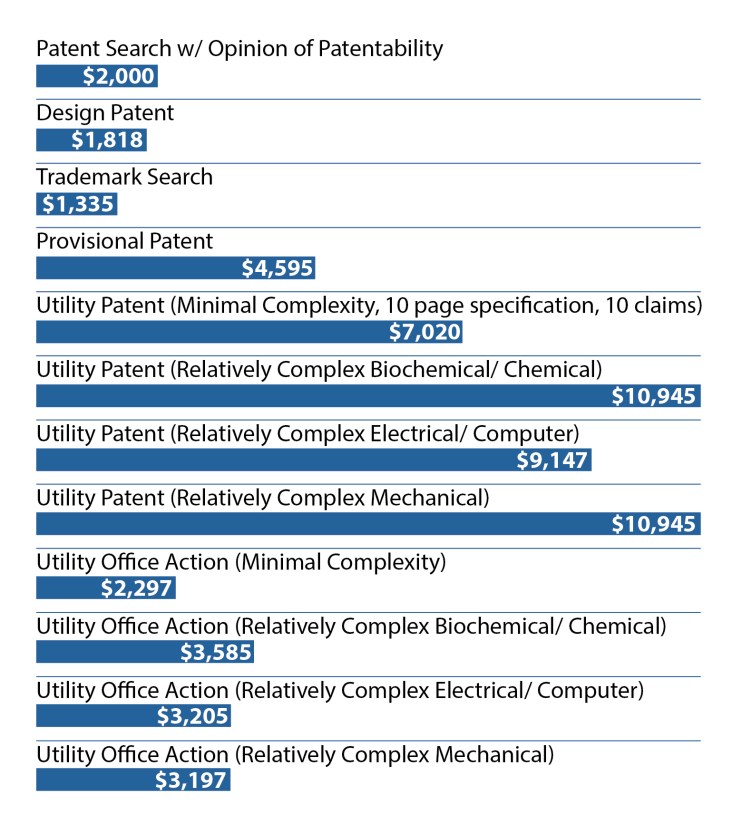 can see, simply getting started with the patent process utilizing the services of an IP attorney requires a significant investment for the average individual in the United States. The biggest contributing factor is that the mean cost per hour of a patent attorney is $330, per the AIPLA, and some fees can go as high as $600 or more per hour. Your invention’s complexity, patent type requested, and which firm you choose will directly affect the amount you’re charged for patent services. All of these charges are only for the services of a licensed patent professional and do not include any government fees. 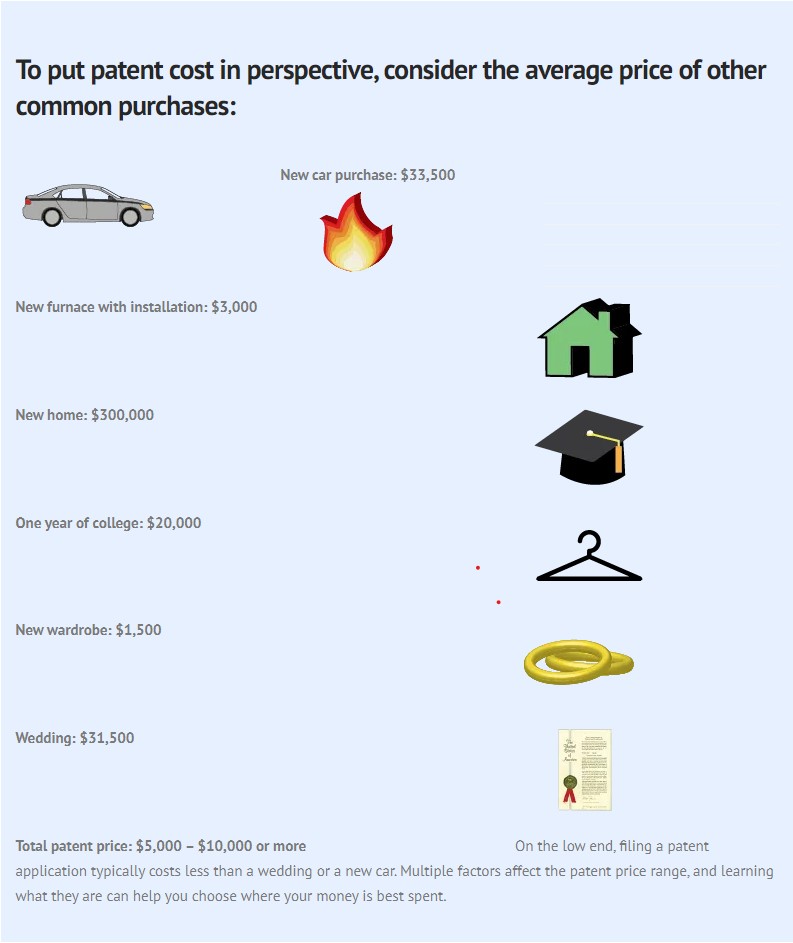 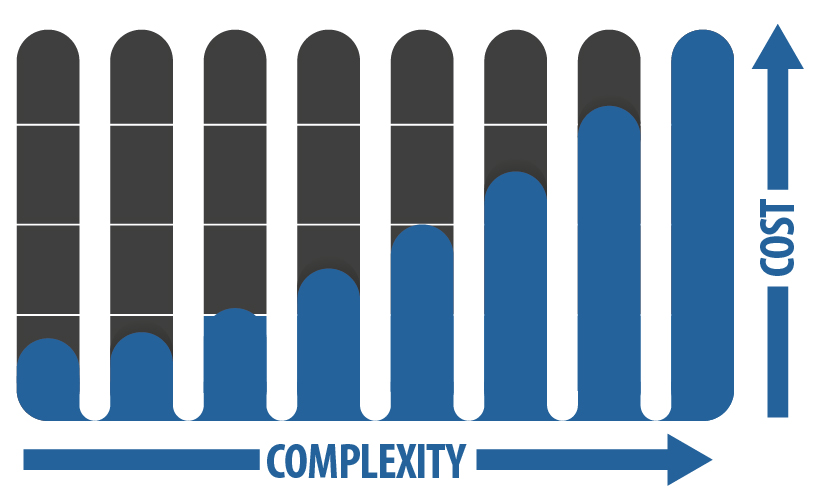 How to Save Money Navigating the Patent Price Range

Whether you’re creating a new software program or a physical product, understanding how the patent process works and the costs associated with it is the best way to choose which option is right for you. The factors listed below directly affect the patent price range, or patent cost. The more detailed information that you can provide for any of these steps would reduce the time needed to prepare your application which should directly affect your cost (as long as you’re being billed hourly).

Though not the end-all list of all patent costs, the above factors play a large role in determining what you’ll ultimately pay to apply for a patent.

DIY Patents: Are They Right for You?

As mentioned previously, it is possible to search for patents and complete the application yourself. Some inventors feel that they are the best person to explain the technical aspects of an invention anyway, so why pay someone else? Before choosing this option, consider the drawbacks of DIY patents.

Filing a patent application yourself might avoid steep attorney fees in the beginning, but will most likely not offer you any real protection. In the event of litigation, a self-filed patent is at risk of severe scrutiny by any legal entity and may not hold its weight if a similar invention comes along. If the invention is as good as you think it is, you should expect copycats to hit the market soon after launch. For inventors, this could mean loss of equity in their invention and inability to access legal recourse should a competitor enter the market.

Is the Patent Cost Worth It?

This can really only be determined by the inventor. Nobody is going to hold a gun to your head and force you to get a patent on your invention. Some inventors avoid the patent route altogether and just start marketing their invention. The major question you need to ask yourself is, “Would you mind someone else copying and profiting off of your invention idea for free?”

If that answer is yes, try to determine how much money you can generate from the patent and see if it covers your patenting cost.  That would be a good place to start. For some, success isn’t defined by money and getting an issued patent is on their bucket list? Use our patent calculator below to determine what the average cost is for your invention.