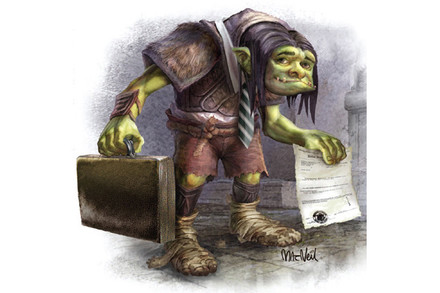 Although it is the mission of Cramer Patent & Design to keep their inventor client out of court, the so-called “Patent Trolls” are everywhere. In 2012, 56% of the patent lawsuits were directly linked to the Patent Trolls, also known in more polite circles as “Non-Practicing Entities.”
So what are Patent Trolls? They are similar to the ugly troll characters in children stories that live under bridges and threaten all who dare to cross. The equally ugly Patent Trolls are companies who own patents not to produce products, but strictly for the purpose of extorting money from companies that actually make and sell products.
The Patent Trolls buy patents from companies that are going out of business, or from companies that have decided not to pursue further product development. Instead of using the patents to make something worthwhile, they use the legal system to force dubious payment demands from productive companies. The practice is seen by many for what it really is – extortion.
The practice of trolling first reared its ugly head in the early 1990s. A famous 1994 industrial film entitled “The Patents Video” warned of trolls lurking in the mossy undergrowth looking for patent licensing revenue from their dubious claims. Later, at the turn of the millennium, a lawyer with the micro-chip maker Intel popularized the “Patent Troll” term. He was so frustrated with low merit patent infringement suits, totaling $15-billion, by companies that never attempted to bring a single microchip to market. The scheme was to make it less expensive for legitimate companies just to pay off the Trolls.
Another frustrating practice is “Patent Privateering.” This happens when a company arms a third-party Patent Troll with patent rights with the sole
purpose of bringing nuisance suits against a competitor. These patents are generally newer and hence more valuable to companies manufacturing
products from them. The Privateering scheme works like this: Company A gives a Patent Troll a book of patents after first taking a license for their exclusive use of the patents, then the Patent Troll goes after an honest competitor attempting to tie them up in court, extract money, and provide a business distraction. The current Smartphone war amongst Apple, Samsung, HTC, Nokia and Google is a perfect example.
It is sad to witness how patents that were always intended to protect the creative rights of inventors and to promote the creative spirit, are turning into weapons to be used in business. Patent Trolling and Privateering are not legitimate cases of inventors protecting their intellectual property rights; but rather, the unsavory practices of extortion and the slowing of innovation.
As always, the ultimate loser is you and me, the consumer. The consumer loses with higher product prices having the cost of litigation and payments to Trolls factored in. The consumer also loses with delays in product development as patent rights are litigated. On a positive note, many large companies are recently signing on to support legislation to stop Patent Trolls and Privateers.