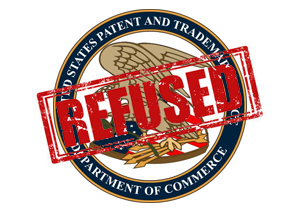 What happened to cause the increase in multiple Office Actions, you might ask?  No one can say for certain; however an educated guess says that it is a combination of:

Surely, all of the above plays some part in the increase of office actions, but 35 U.S.C. §103 – “obviousness” – has no doubt become the #1 rejection that Examiners against a patent application.  It is commonly known as the “obviousness rejection” and is now expected to occur every time. Unlike beauty which is in the eye of the beholder, obviousness is in the eye of a “person having ordinary skill in the art” which is common language used in most office actions.

When faced with an obviousness rejection, inventors are tempted to complain:  “If it was so doggone obvious why didn’t someone do it already?”  Needless to say, that argument doesn’t usually win the day.  The patent prosecution concept of obviousness is confusing for both the Inventor and the Licensed Patent Practitioner alike.  With obviousness, the Patent Office can take patents, published applications, or anything in the public domain and then combine pieces and parts of those references together to argue that the invention is an obvious result for a person with ordinary skill in the same field of endeavor as the application.  Obviousness thus equals not patentable.

No matter how many patents and other references are disclosed and dealt with in the original application by the inventor’s patent attorney/agent, the examiner can find a few more references to cite, or to combine in a different way, to claim “new grounds for rejection.”  Although we have experience and deal with office actions everyday, we become frustrated too at times.

With the passage of time practicing under the new patent laws, Second Office Actions are tending to be a “new normal.”  So if you receive a letter along with a Second Office package from my office, don’t be overly concerned, we have the experience and the ability to deal with whatever comes our way.  Because the Patent Office typically allows 90 days to respond, be sure to contact us as soon as you can.  We need to discuss the strategy to prepare and file the best response on your behalf.  It’s not as bad as it may seem.  It’s just standard operating procedures nowadays.