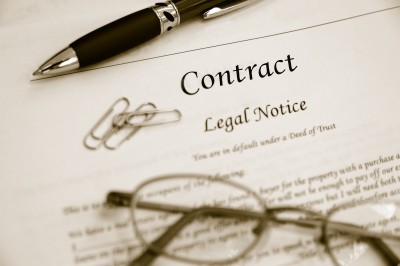 Contract law and property law are areas of law largely left to the individual States, wherein the Federal government tends to defer to the applicable contract or property laws of the State. Consequently, contract law and property law vary from State to State. Nonetheless, there are some general consistencies.
Property rights are rights over things, and are enforceable against all other persons/entities. Contractual rights are rights defined by the terms of the contract, and are enforceable against only the parties to a contract (a legal concept referred to as being in privity).
A license, in its most general definition, is a grant of permission. A license is granted by a licensor to a licensee. When it comes to property, a license is a permission granted to enter or use the property of another.
There are generally three categories of licenses:
Bare license
– Licensor provides expressed or implied consent to a licensee to enter/use licensor’s property in a way that would otherwise be seen as illegal or tortious.
– A licensee generally cannot assign his license to another.
– A licensor generally can revoke the license with impunity.
Contract license
– Licensor provides expressed or implied consent for licensee to enter/use licensor’s property as a bargained for exchange (i.e. licensee pays money).
– The assignability and revocability of a contract license depends on the terms of the agreement. However, regardless of the terms, most restrictions on assignments of rights are weakly enforced by the courts whereas restrictions on delegating duties are strictly enforced by the courts.
License coupled with an interest
– A licensee acquires a right to take possession/use of property attached to property of the licensor (i.e. a mortgagor has the right to take a house from a mortgagee if certain conditions are not met, or a customer has a right to use Verizon’s bandwidth and website to view his bill and phone activity).
– A licensee generally can assign his license to another.
– A licensor generally cannot revoke the license with impunity.
When is a license a property license or a contract license? It generally depends on whether the rights that are the subject of the license are binding on all persons/entities, or just on the parties in privity. Yet, it can be more convoluted than that. For instance, many property rights arise from a contract. Furthermore, a right can encompass a right/duty that is both binding on all in some respects, and only to those in privity in other respects. Courts have generally regarded most intellectual property license agreements as contract licenses, but again it can become convoluted.
The property rights associated with the license are typically governed by the State law in which the owner is domiciled. The contract rights associated with the license can be governed by: 1) the law dictated by the terms of the contract; 2) where the contract was formed; 3) where a breach of the contractual terms occurred; or, 4) according to the contract law of the State having the most interest in the outcome. The causes of action and remedies for property law are much different than those for contract law. Contract law is mostly governed by a myriad of common law principles promulgated by court cases. Property law is mostly governed by State statute, and even English statute dating as far back as 1275 A.D. (yes, some of our property law is still governed by parliamentary acts set forth by our British friends).
Before entering into a license agreement, it is important to understand the difference between a property license and a contract license. Ensure that the agreement is structured to secure the type of rights most advantageous to you.