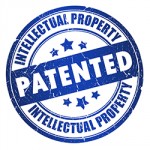 This term is rather elusive as there is no such thing as a cheap patent. As with most things in life filing and obtaining a patent is not free and most would not find it cheap. This is not to hinder anyone’s hopes or desires in seeking a patent. It is to be used more as reference that anything worth obtaining never comes cheap. This is also not to say the United States Patent and Trademark Office has any hidden fees. All patent application and maintenance fees can be found on the USPTO website.

Once the Application is Filed

After reviewing the utility patent application fees one might think there is such a thing as a cheap patent, as those costs are not staggering. However, an inventor must be made aware of other fees to follow the application. A utility search conducted by the USPTO will cost an inventor $540 and the application examination is $220. These fees are required, because the USPTO must insure that the patent does not already exist for the invention. Paying these fees does not ensure a patent will be granted.

The Application is a Success

If a utility patent is granted to the inventor a fee to issue the patent must then be paid. The cost to issue a utility patent is $1510. The patent wound then be recognized by the USPTO and a patent number would be given. In order for an inventor to continue to hold the rights to that patent maintenance fees must then be paid. An inventor that wants to maintain rights to their patent must pay fees at 3 1/2, 7 1/2 and 11 1/2 years.

Cheap Patent not so Much

As one can see cheap patents do n 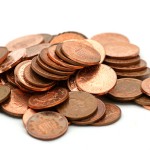 ot exist, but that is not to say it is not worth the money or time. One must feel a great sense of victory and pride once the patent number is received. It should also be noted that there are discounted fees for individual inventors and small entity businesses for their patent application, which can save an inventor some money.