Leak-Proof Lid for a Disposable Cup 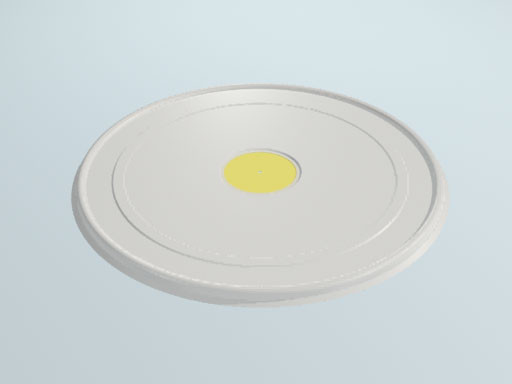 Just about everyone loves the tastes of an ice cold beverage such as soda, iced tea, or even water. As such, disposable cups and lids filled with these beverages are a common sight at fast food restaurants, cafeterias, and even vending machines across our country. While the disposable cup and lid combination does a very good job of providing beverages to those on the move, one area which is often a disappointment for many is when the beverage should tip over and liquid leaks out of the X-shaped hole provided for the straw. Even with the straw inserted in the opening, four small triangular-shaped openings remain around the circumference of the straw, which can allow a vast amount of beverage to leak out even if the cup should be tipped over for a split second. This leakage can also take place as the user is drinking from the cup; therefore, a good portion of the beverage ends up running down the front of the users clothing and onto their lap!

To prevent such leaks, inventors Ronald D. Carsrud and Noreen R. Nylander of Cornville, AZ, have developed a disposable lid for a drinking cup with an integral straw sealing mechanism to prevent leaks and spills.

The Leak-Proof Lid for Disposable Cups is designed with a thin rubber membrane straw opening that forms a pre-punched circular hole slightly smaller than the diameter of the straw to be used with the cup. As such, when the straw is inserted, the rubber membrane stretches slightly to accommodate the straw. Thus, should the cup be tilted to one side, or even completely tipped over, the possibility of the beverage exiting from the top of the lid is greatly reduced or eliminated altogether.